The Principles of High Reliability Organisations (HRO) – a Practical Application

High Reliability Organisations (HRO) are organisations which consistently avoid serious incidents, despite operating in environments characterised by high levels of inherent risk and/or operational complexity. The US Navy’s nuclear-powered aircraft carriers and submarines are usually quoted as an exemplar of an HRO. Others typically mentioned include air traffic control and air transport in general, (at least in relation to schedule passenger flying in developed countries).

What are the characteristics of HROs? Academics assert that HROs are distinguished from other organisations by:

The operating environment of nuclear-powered aircraft carriers, where the consequences of getting things wrong could be catastrophic, can be similar to some industrial operating environments. These include offshore oil and gas platforms, oil refineries as well as other more obvious examples such as nuclear power stations. This has led to discussion as to whether these HRO characteristics can be transferred to other types of organisations. Is it something innate in the nuclear navy or air traffic control that makes the development of HRO characteristics essential if not inevitable? Can HRO traits be embedded in other types of high hazard organisations?

Interest in the concept has continued to grow and there are numerous papers on HRO applications in emergency medicine, health care in general and even in relation to software development. 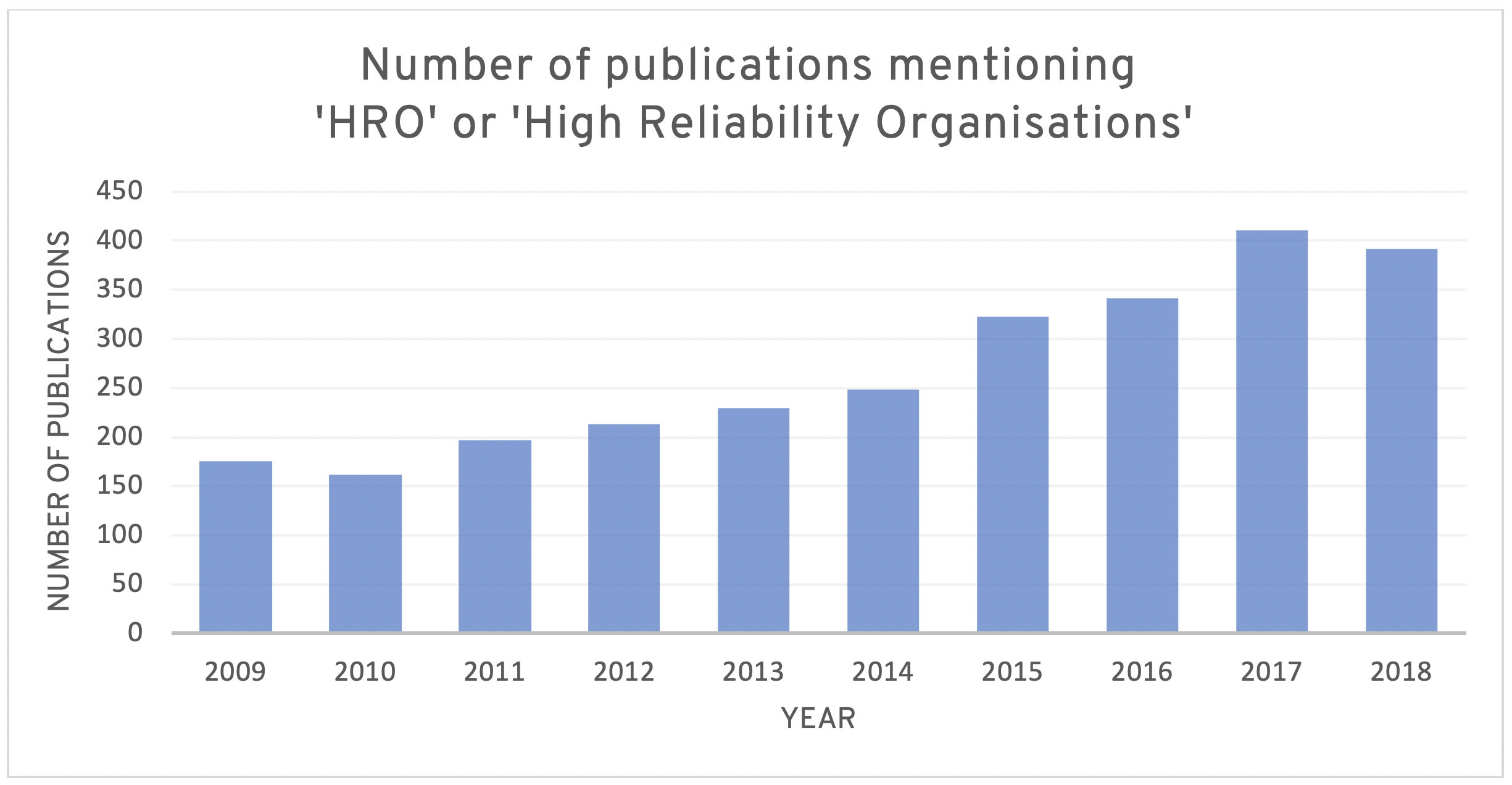 Data was obtained from the Web of Science which covers the majority of the top-tier journals in each field. This graph, therefore, serves as a representative picture of the amount of HRO research done over the years.

However, there are criticisms of the concept too. Is the concept applicable outside of the exotic domains of nuclear navies or air traffic control? Does it work where the profit motive predominates as opposed to a public service ethos. Is it just fine academic theory or is it possible to apply these ideas in practice?

Our conclusion is that introducing the HRO concept as an integrated entity is difficult to operationalise. However, we found that by breaking down the HRO principles into “bite sized chunks” and changing the language (but not the concept) we could and did make the concept work.

Peter Wilkinson, will describe how HRO principles were used in practice in an offshore oil field environment with the goal of supporting safe and reliable operations, at Prosafe 2019. The ProSafe 2019 conference brings a wealth of expertise and experience on the pressing challenges in achieving process safety excellence in high risk and Major Hazard Facilities (MHF), process and non-process related industries across ANZ and globally. For further information click here.