Augmented Reality (AR) is an emerging technology that has enormous potential to transform the way we think about cyber-physical systems and their impact on businesses and individuals. By blurring the line between the digital and physical world, AR will transform the way we interact with the world around us.

Just imagine this. You are in a rush to get to work and you need to find the café where you are meeting your client. You use your smart watch and activate your AI assistant with a voice command, setting a destination. Rather than holding your phone as you try and navigate the city streets, an arrow pointing out your path appears before your eyes. At each waypoint, a flag indicates how many metres are left and at every turn you see a virtual arrow pointing you to where you need to go. This technology may sound farfetched or distant, but advances in AR may well be around the corner. In fact, Google recently came out with an update for its Maps application that is a step in this direction. 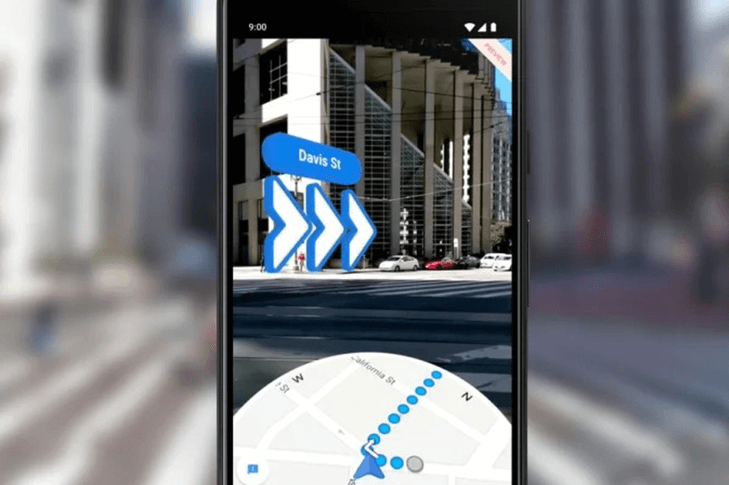 Google has recently rolled out Maps with AR walking directions on iOS and Android.[1]

So how does it work? Well, Augmented Reality differs from the more commonly understood Virtual Reality (VR) in that it blends the digital and physical world. You aren’t taken out of the physical world and immersed in a digital one by way of a VR Headset. Rather than experiencing just one or the other, AR allows users to have the best of both worlds. AR can work as a digital overlay, where what you observe with your own senses is supplemented by what your devices can sense. Your smart watch can tell you your heartrate and your smart phone can tell you your calendar for today. What AR does is bring together all this data and present what is important direct to you, enhancing your sensory experience. Futurists see this as happening through a pair of smart lenses or glasses, whereby a virtual overlay displays information on top of what you see in the physical world. Whether it is the time, your next appointment, or the temperature, AR may well transform the way we interact with the world around us.

If this sounds familiar to video game players, that’s because it is very similar to how first-person games display data on the player’s screen, showing pertinent information in a minimalist way, while not inhibiting the player’s ability to interact effectively with the digital world. AR uses the same principles, except it seeks to enhance the user’s experience in the physical world. Though the experience described above is still many years away from hitting your local stores, AR is not just a Sci-Fi concept anymore. Anyone who has played Pokémon Go has experienced what AR has to offer. The game provides users the ability to walk around catching Pokémon, using the experiences of players in the physical world, such as inputs from their mobile phone camera and location tracking, to influence outcomes in the digital world of the game. Whether looking for a particularly elusive Pokémon or finding a ‘Training Gym’, the game shows how the lines between the digital and physical world are blurring. In future, instead of seeing Pokémon on your smart phone, you might be able to see them projected right before your eyes. 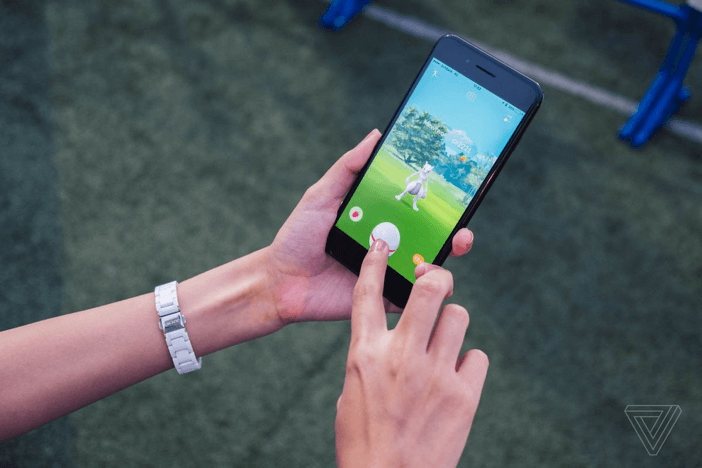 Businesses are recognising that both AR and VR have applications beyond video games and novelty items. Research firm IDC predicted investment in AR will jump to $160 billion in 2023, with industries such as healthcare, banking, media, investment and manufacturing all set to be disrupted.[3] Big name companies have come out with increasingly sophisticated AR devices for everyday consumers, such as Google’s Glass and Microsoft’s HoloLens2. 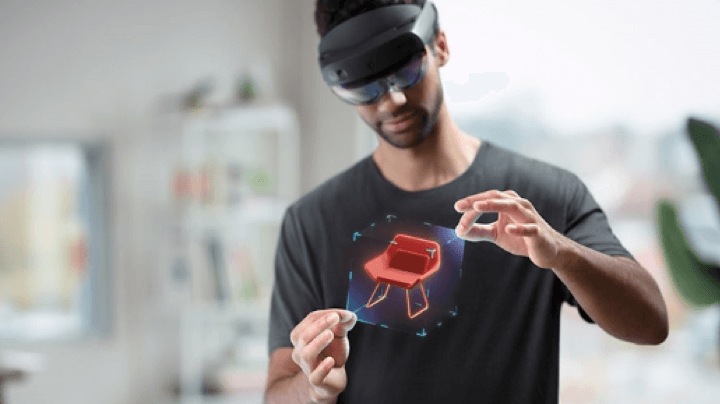 The Microsoft Hololens 2 is marketed as a mixed reality headset.[4]

Nor is AR limited in application to video games. Military organisations have also begun experimenting with the possibilities of AR, despite its relative immaturity and the demanding design requirements of military customers. AR may enable infantry on the ground to see where their closest friendly section are on a pop-up digital operational map. These same soldiers may be able to call in joint fire from nearby artillery and mortars with little more than a voice command. AR could allow soldiers to see how many rounds are left in their magazine, their heartrate, and their distance to the objective; all on one synchronised Heads Up Display (HUD) provided by a helmet or even a pair of smart lenses. In fact, elements of this futuristic-sounding technology have already been implemented for the Helmet-Mounted Display System (HMDS) worn by pilots flying the cutting-edge F35 Joint Strike Fighter. With this bit of kit, pilots can look down and through the body of the jet to the ground below. By blending the sensory experiences of physical and digital systems, AR may offer the warfighter a new way to think about information superiority, delivering critical data to soldiers, sailors and airmen that allows for superior decision-making. 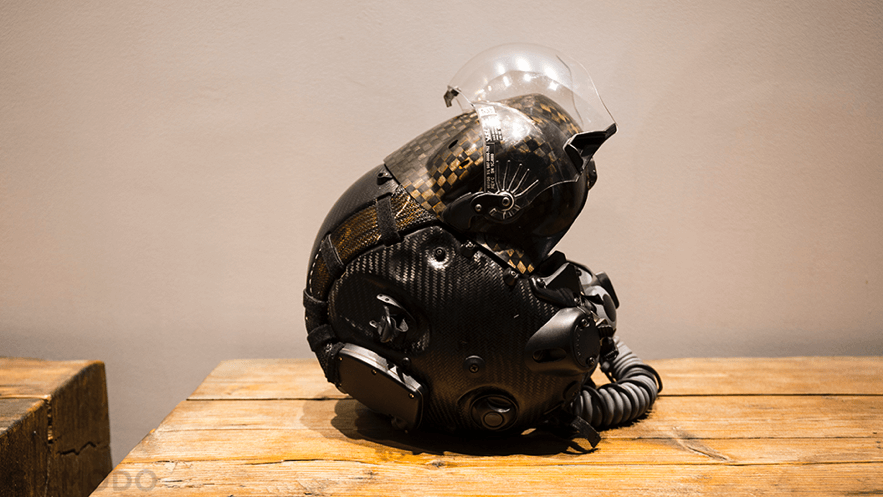 By using the fusion of high-resolution infrared cameras, the combination of the F35’s Distributed Aperture System (DAS) and HMDS allow pilots to benefit from mixed reality.[5]

Perhaps the most revolutionary impact that AR will have for businesses will be in changing how companies skill and deploy staff. For example, engineers working on the assembly of aircraft may ordinarily require years of training before they are able to engage in complex tasks without supervision. With AR, relatively inexperienced staff with the aid of AR glasses that use advanced sensors, can see renderings of bolts, cables and parts history on a digital overlay.[6] What would have taken years of training, and copious amounts of time and effort in looking through obscure manuals, can be achieved on the job. With this AR-enabled method of assembly for example, observers not that engineers can achieve an accuracy of 96% and work 30% faster.[7] By making data instantly and seamlessly available, workers can be rapidly upskilled. For these reasons, AR may be the missing link in the next great productivity gain for businesses. Businesses are catching on, and as evidence of this shift, Tesla, the innovative American electric carmaker, recently filed a patent exploring the use of AR to boost its productivity and operational efficiency. 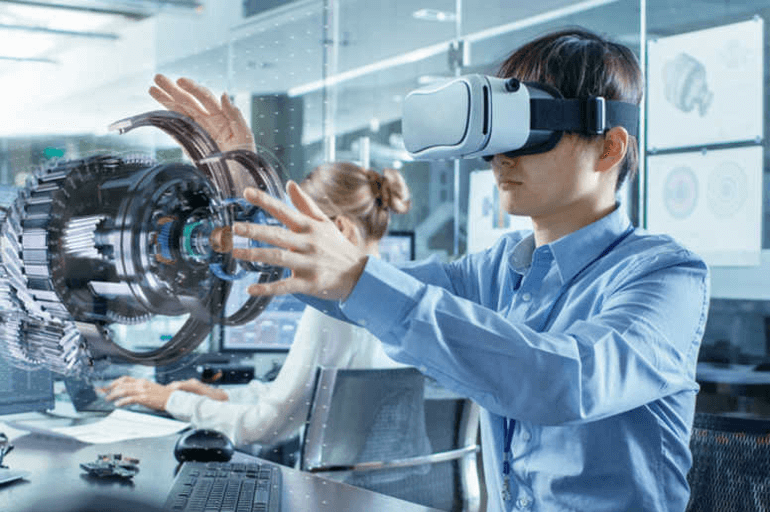 Tesla is exploring the use of Augmented Reality in its production lines.[8]

Augmented Reality presents exciting opportunities for businesses and government in the future. At Noetic, we pride ourselves on being future thinkers. We can’t predict the future, but we can enhance our ability to anticipate change and direct our resources to build on the desired outcome. Noetic’s Futures Thinking methodology bridges the gap between guesswork and readiness. It investigates your organisation’s current state within the wider landscape, identifies signals and drivers of change and builds on trend analysis to inform what futures are probable. If you want to see how Noetic’s Future Thinking methodology can make your business ready for the future of AR, or other technologies and developments, contact us now.